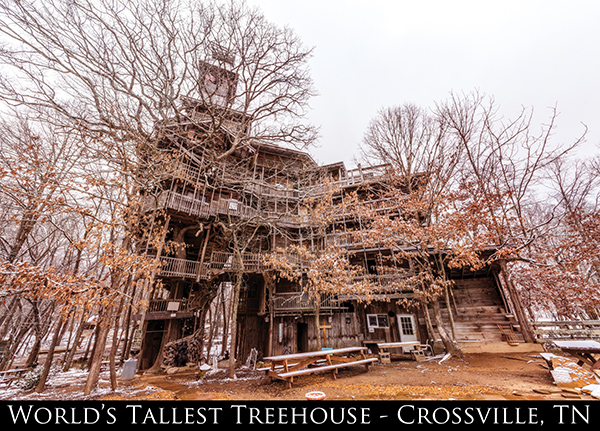 God told Horace Burgess that if he built a treehouse, he would never run out of materials. Just like Noah building his ark, Burgess, a Crossville minister, heeded those words and began his nineteen-year labor of love. At one hundred feet, The World’s Tallest Treehouse towers above the trees it was originally built upon. 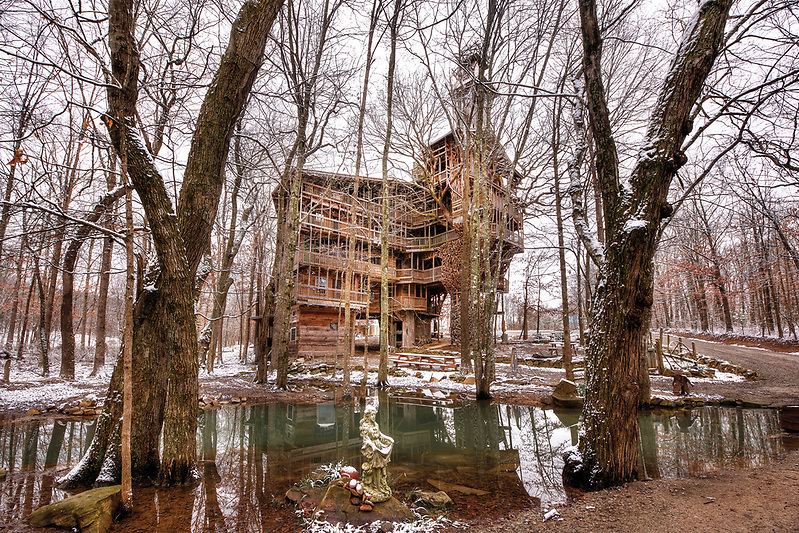 Burgess built the 10,000-square-foot structure without an architect or designer, cobbling together salvaged wood and recycled materials. The maze-like building features a spiral staircase, miniature basketball court, a sanctuary with pews and choir loft, and myriad rooms and walkways. For his eleventh wedding anniversary, he presented his wife with a penthouse atop the structure. 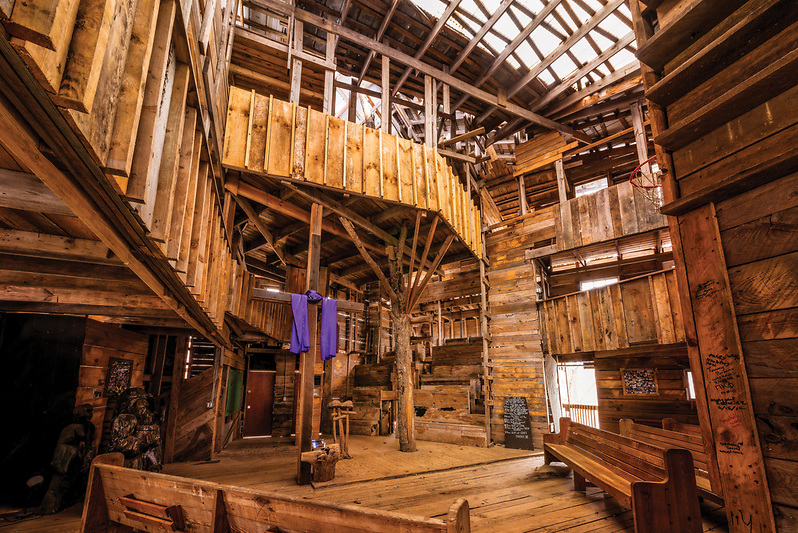 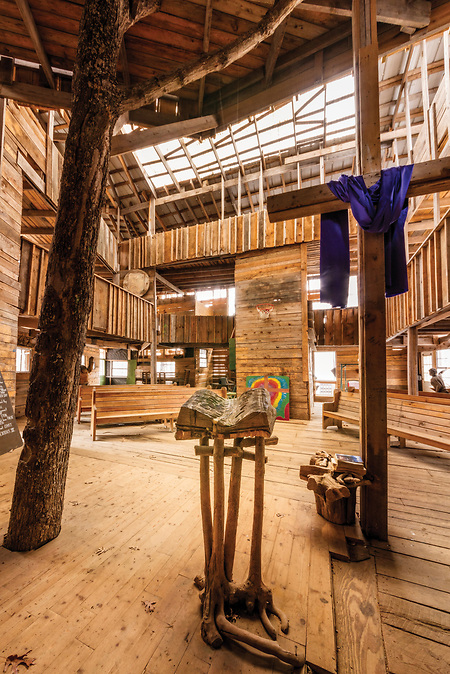 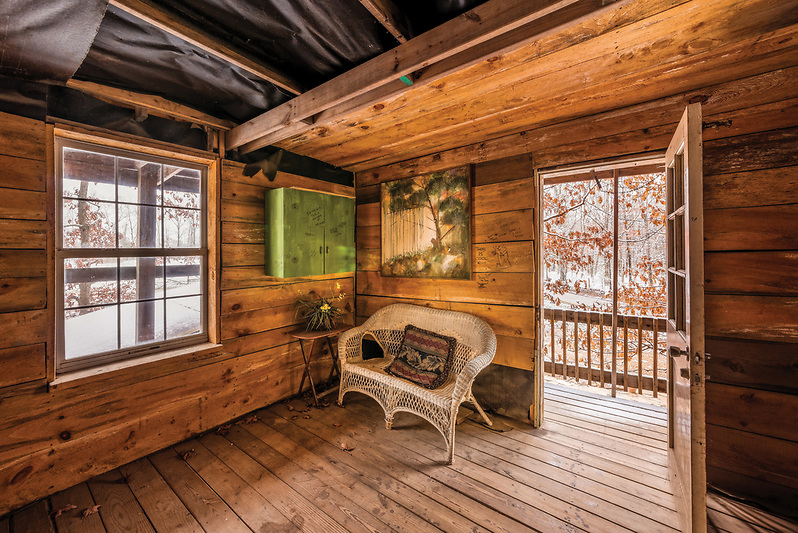 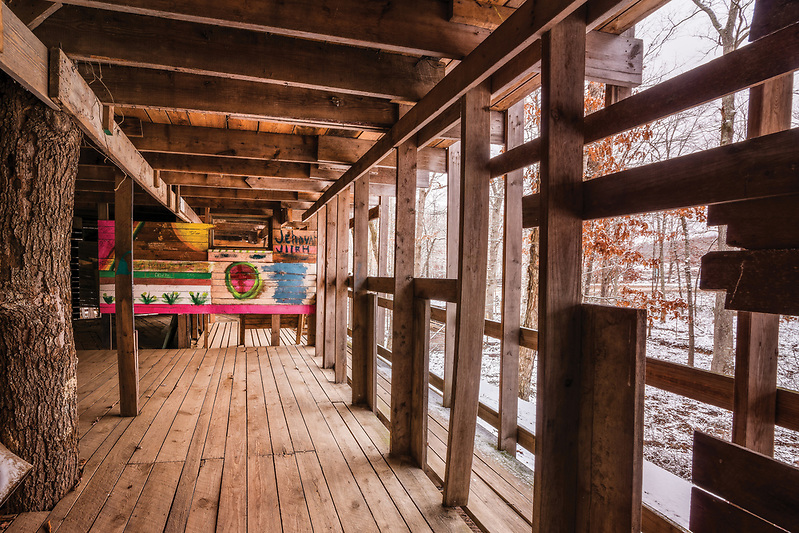 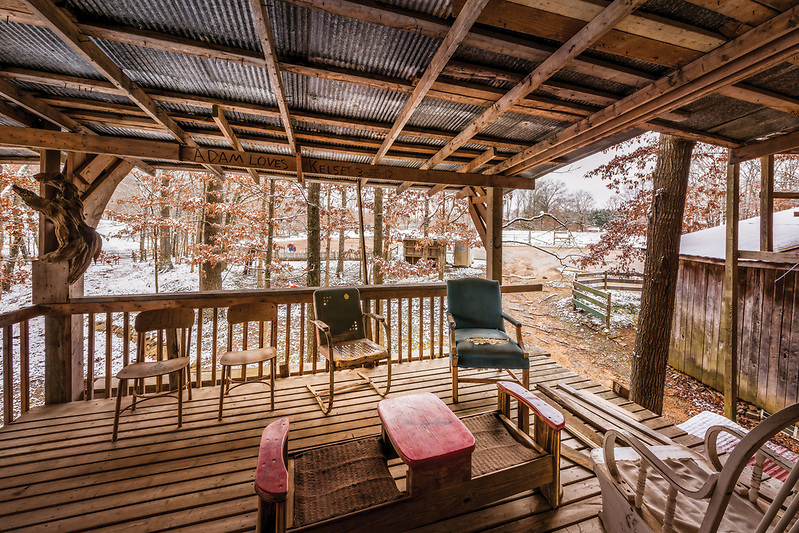 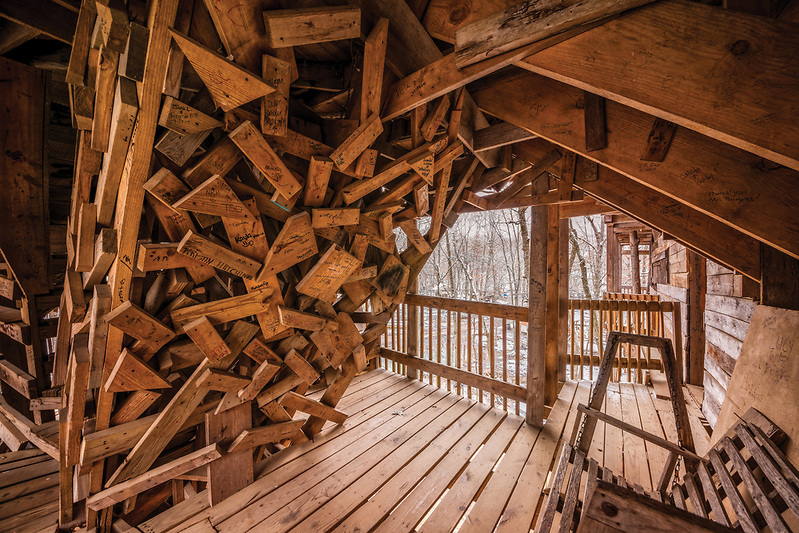 For years, Burgess allowed the public to visit his divinely inspired masterpiece. Thousands would travel to the offbeat roadside attraction and marvel at its staggering size and nontraditional beauty. Visitors who climbed to the top could look down into a nearby field and see the word “Jesus” spelled out in the grass and flowers. 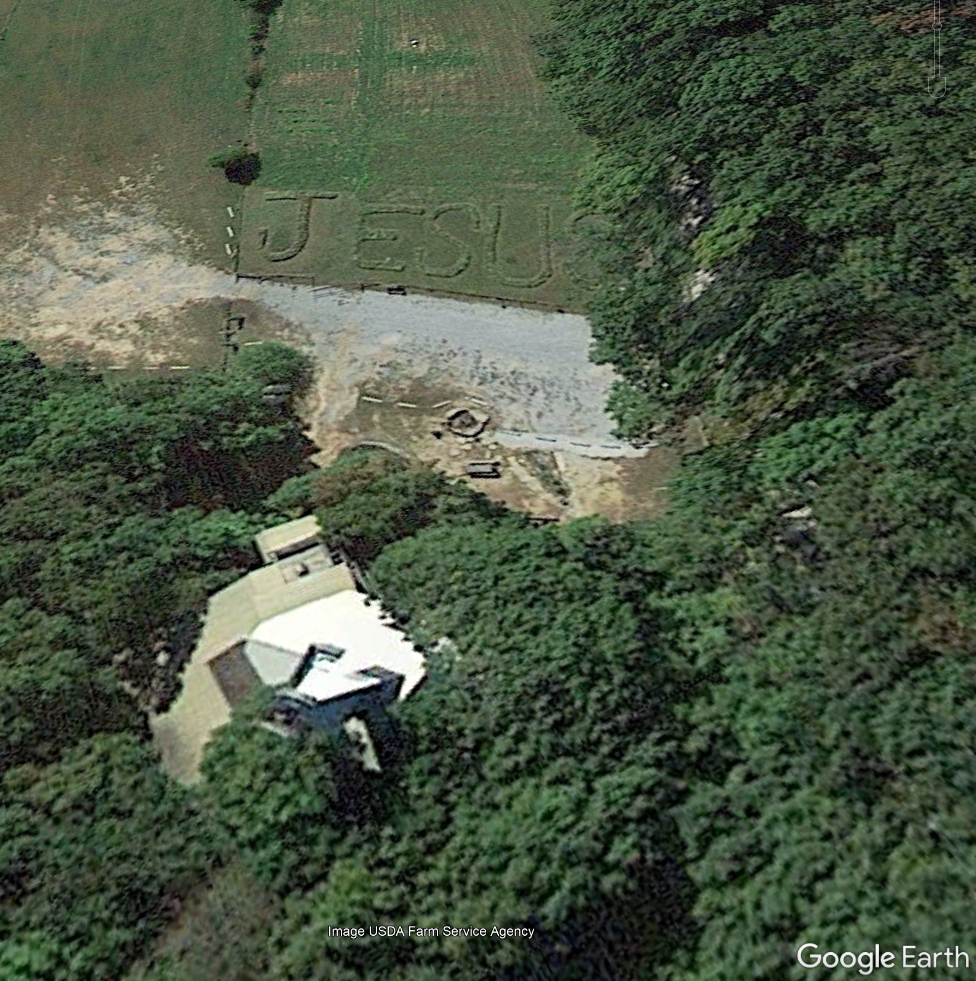 Unfortunately, the same things that made the treehouse unique also caused it to be shut down. The treehouse towered forty feet above the sixty-foot height limit for structures of its type. It lacked some railings, exit signs, fire alarms, sprinkler systems, and many other structural components that were required by code. Since Burgess was allowing people to enter the building, and even in some cases stay there, the fire marshal closed it in 2012. Even so, the treehouse stoods as a testament to Burgess’s faith, determination, and years of hard work, until October 23, 2019 when a fire consumed the structure in the middle of the night. Firefighter crews that responded said it was basically gone by the time they arrived on site. Fifteen minutes was all that it took to bring down over a decade of Burgess’s labor of love.

Click HERE for an article that discusses the details of the fire. 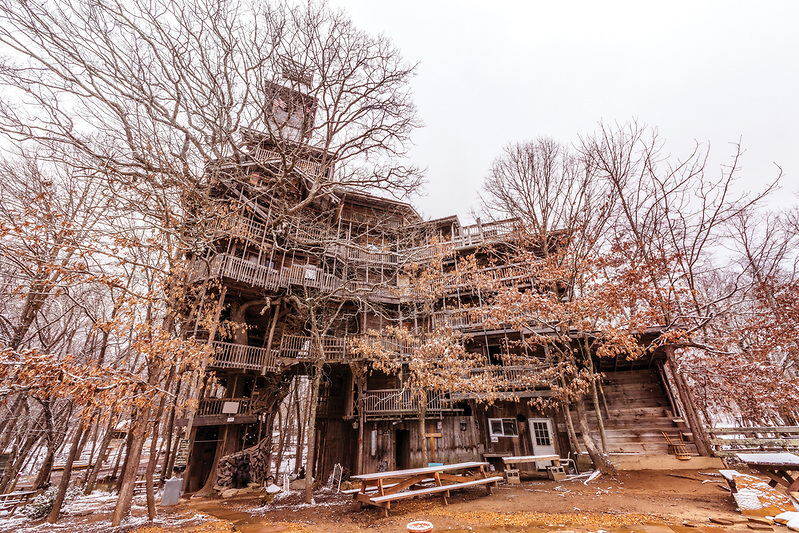